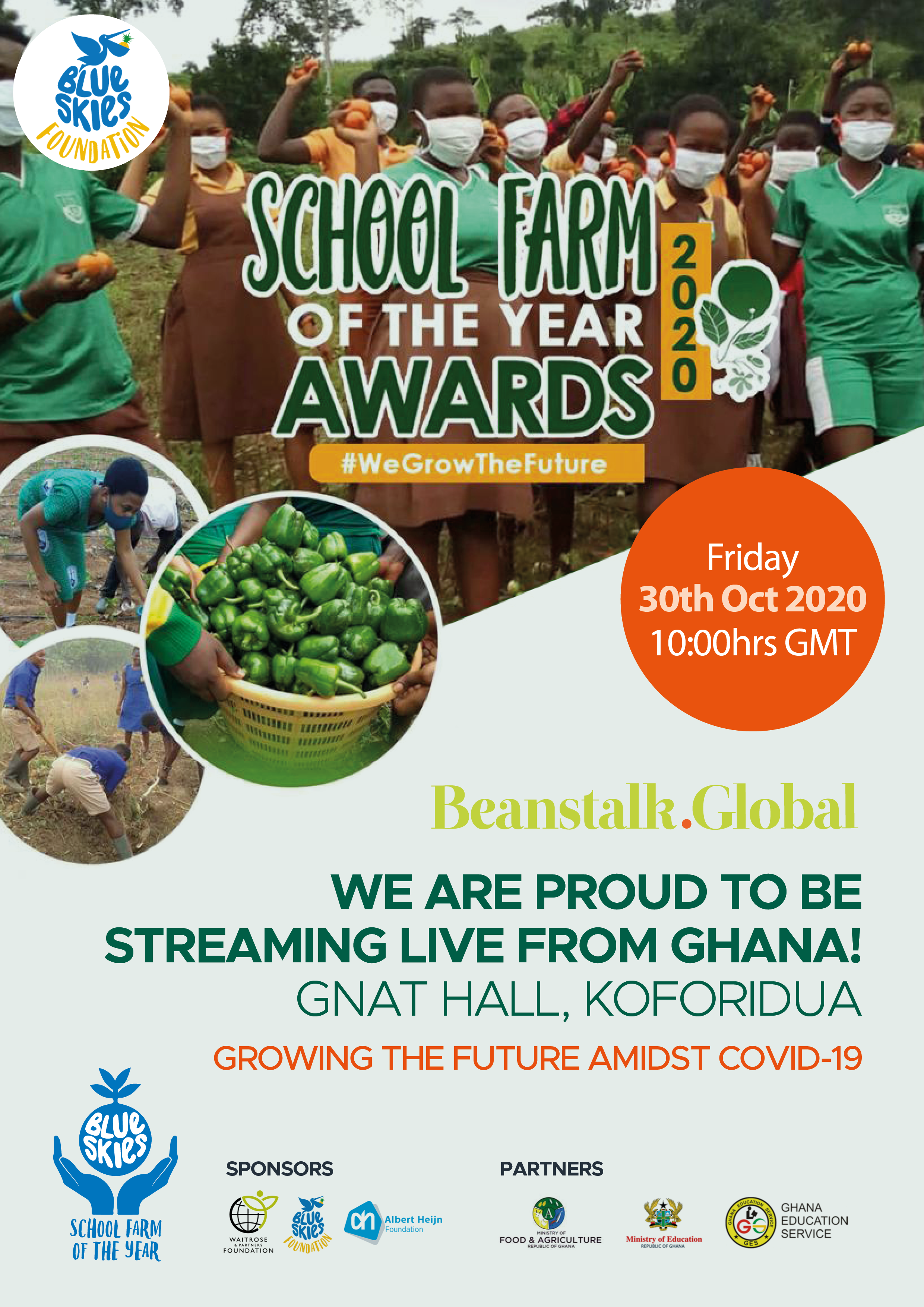 The Blue Skies School Farm Competition awards prizes to schools in Ghana that demonstrate excellence in the establishment and running of a School Farm.

In 2015, Blue Skies launched a School Farm of the Year competition in Ghana. It was launched in response to growing concern among Blue Skies farmers, that not enough young people were going in to agriculture. This raised the question of who would be the farmers of the future ?

Part of the problem was that young people were simply not interested in farming. With all the appeal of white collar jobs in the city, coupled with the association between farming and poverty, it was clear that agriculture was suffering from an image problem that was deterring the next generation of talent.

The aim of the School Farm Competition was therefore to help reverse this negative image by enabling schools to compete against each other to grow and manage their own school farms. Prizes were awarded to schools that produced the best farm in terms of how they engaged with students in farming to promote active learning, and develop a positive attitude about food and agriculture, the environment and entrepreneurialism.

This simple model has proven hugely popular and led to increasing interest among other organisations for the competition to be expanded to benefit more schools in other parts of the world.

Beanstalk Global is keen to stream this year’s awards live on our significant UK/EU and International networks so that the fresh sectors can see the success that Blues Skies and their partners have created.

Max MacGillivray Editor in Chief at Beanstalk stated “I had the pleasure of attending the same awards ceremony at the Blue Skies site in Accra in Ghana four years ago when I was motorbiking from London to Cape Town to promote fresh produce. It is truly inspirational what the Blue Skies team have created with their Farm Schools competition and the huge difference they have made to encourage the younger generation to be involved with farming. Go Blues Skies!”

To be involved and to find out more, join us on the live stream from Ghana on Friday 30th Oct 2020 10:00hrs GMT and you can register for free BY CLICKING THIS LINK.