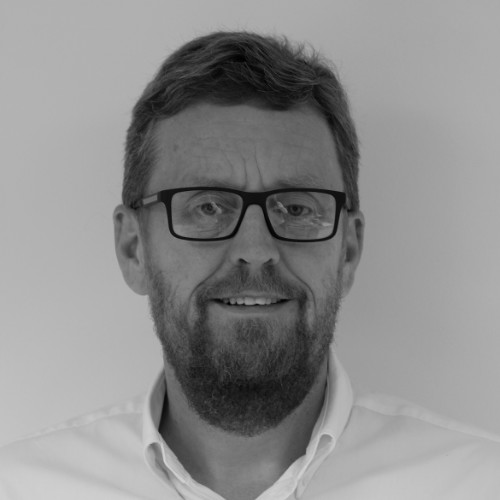 I write this on the 13th anniversary of the collapse of Lehman’s banks. It was a pivotal moment in the recession of 2008/09. In our industry we also have a 13th anniversary – 13 years of supermarket price wars. Such price wars used to be measured in weeks or months. In 2008 the big four supermarkets passed on higher inflation to consumers and sent them rushing into the open arms of the discounters. Aldi and Lidl now represent 14.3% of the grocery market which would have been much higher if the big four had not fought back with price cuts. And so began 13 years of the relentless grinding down of fresh produce prices and deflation.

It would be unfair to put all the blame for 13 years of deflation on the retailers. I would argue that they’ve led the way but there’s no doubt other sectors have followed. Contract price negotiations for years, across all sectors, have begun with an expectation of a price decrease.

Labour is such a huge issue in the industry at the moment. So many companies in our industry that I speak to nowadays are telling me that even if the offer of a big lump of business were to come their way, they’d have to turn it down due to lack of labour. This is a lamentable and frustrating position for any business to be in. The product sector in our industry I feel most sorry for at the moment are the brassica growers. It’s hard enough to find staff to work in a packhouse or drive a lorry/forklift. Try finding staff to bend-over double all day long in a cold, muddy, wind-swept field to cut brassicas. One of the UK’s largest brassica growers, East of Scotland Growers, went on record last week to say so far this season they’d already left 5.5m heads of broccoli and 1.5m caulie rotting in the fields due to lack of labour… and the busiest six weeks of the season still lie ahead. ESG managing director, Andrew Faichney, said the financial losses are “catastrophic” and they’re in “disaster containment” mode. It’s no wonder there are several major UK brassica growers seriously thinking of throwing the towel in. And once that production has moved abroad, it’s unlikely it will come back to the UK. The government could alleviate the problem at the stroke of a pen with the introduction of a 6 or 12 months Covid Recovery Visa for the food industry. We have the infrastructure already in place with the SAWS scheme. However, we have a government absolutely determined not to do anything overtly anti-Brexit at all costs. My feeling is that the government will eventually take their fingers out of their ears and do a U-turn. But probably only when the supply chain is on the verge of collapse. Looking forward, as an industry we have to turn our attention to attracting British labour and, in my opinion, the only way we can achieve this is through a sizeable increase in pay and working conditions. I was in the States just pre-Covid and the guys over there were telling me of the big increase in labour costs since Trump stemmed the flow of cheap Mexican labour. Like the USA, we’re going to have to pay more, a lot more, for our labour – probably at least £15/hour for packhouse staff and £20/hour for field staff. And we’re going to have to provide better working conditions and accept the fact that this higher-priced labour will be less productive. Prices will have to increase to pay for this. The British public will have to accept that the end of the era of cheap labour will bring with it the end of the era of cheap food.

Every single cost in the book is up at the moment, not just labour, and most of it in % double digits. As an industry, we’ve got to get out of the habit of expecting and accepting price reductions. “We’re on Aldi price-match” is not a good enough excuse for customers refusing to accept totally justifiable and reasonable price increases. I find it ironic that customers are constantly pushing suppliers for things they expect free of charge such as environmental sustainability while offering a financially unsustainable price. Now more than ever we need customers and suppliers to work together. Customers to accept costs are up across the card and suppliers to push for fair and reasonable price increases. Inflation can be a good thing. On a supply level it stops the UK pushing more production abroad. We already import two-thirds or our fresh produce – no-one wants to see that increase. For customers it brings the benefit of increased margins. We need to work together to build a more sustainable fresh produce industry – environmentally and financially. 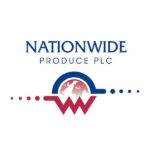 Nationwide Produce PLC is one of the largest, longest-established and most diverse produce companies in UK. They do just about everything in fresh produce. They grow it, grade it, pack it, trade it, import it and export it… but above all they are importers. Group turnover for financial year 2018-19 was £144m – two-thirds of this was produce they bought from outside the UK. Their customers are in every sector of the market – retail, food-service, catering, processing, wholesale and export.

If you would like to have a similar article promoted on the Beanstalk Global platforms, just CONTACT the team today.